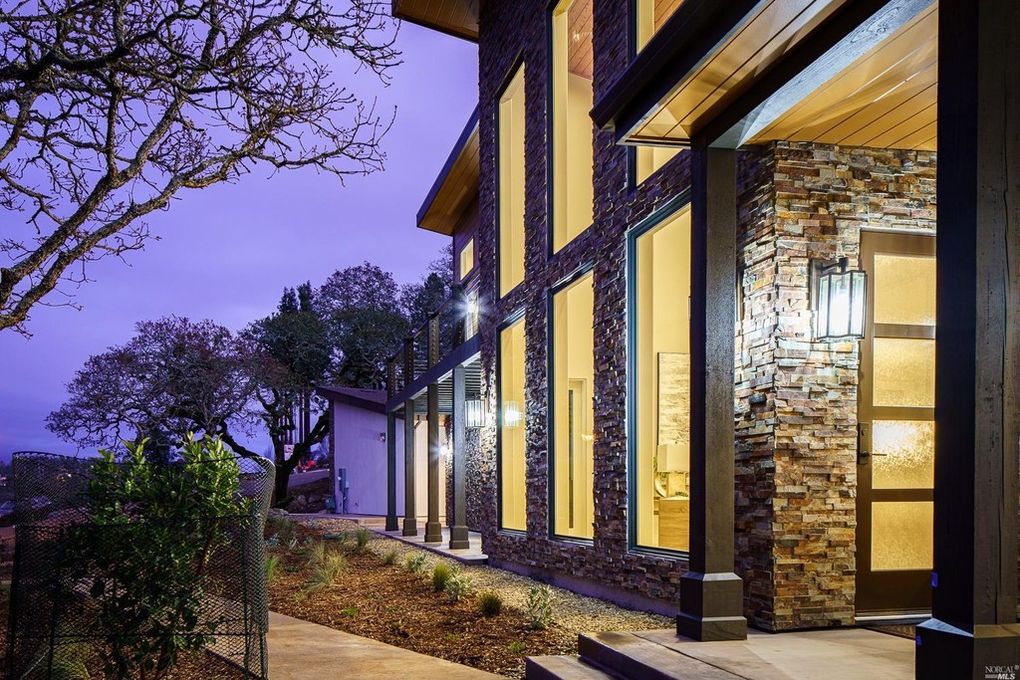 What Is The Pacific SmartWall®? 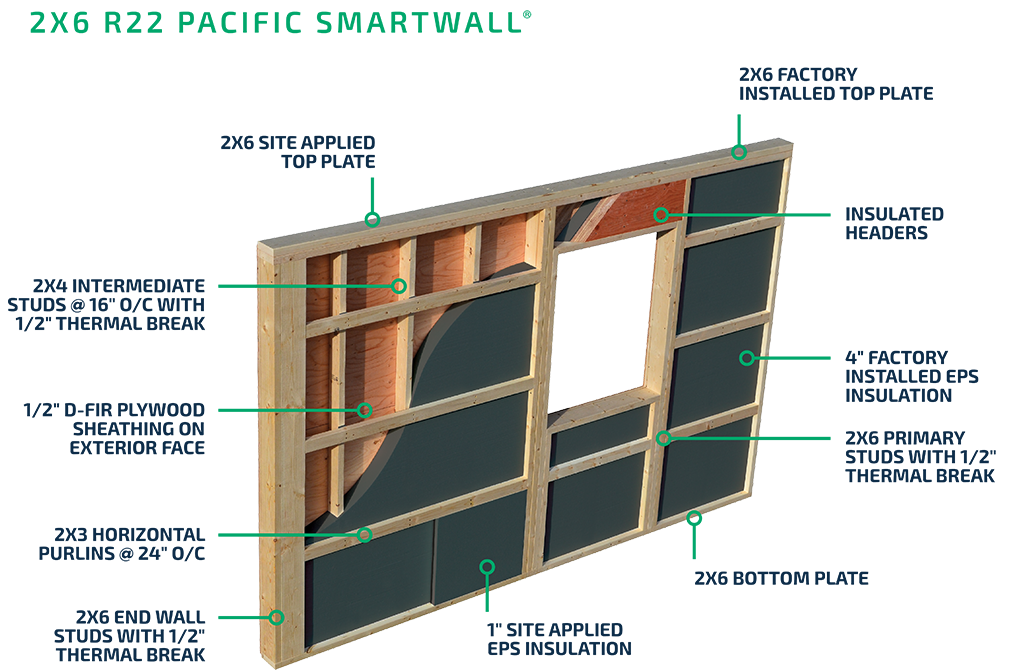 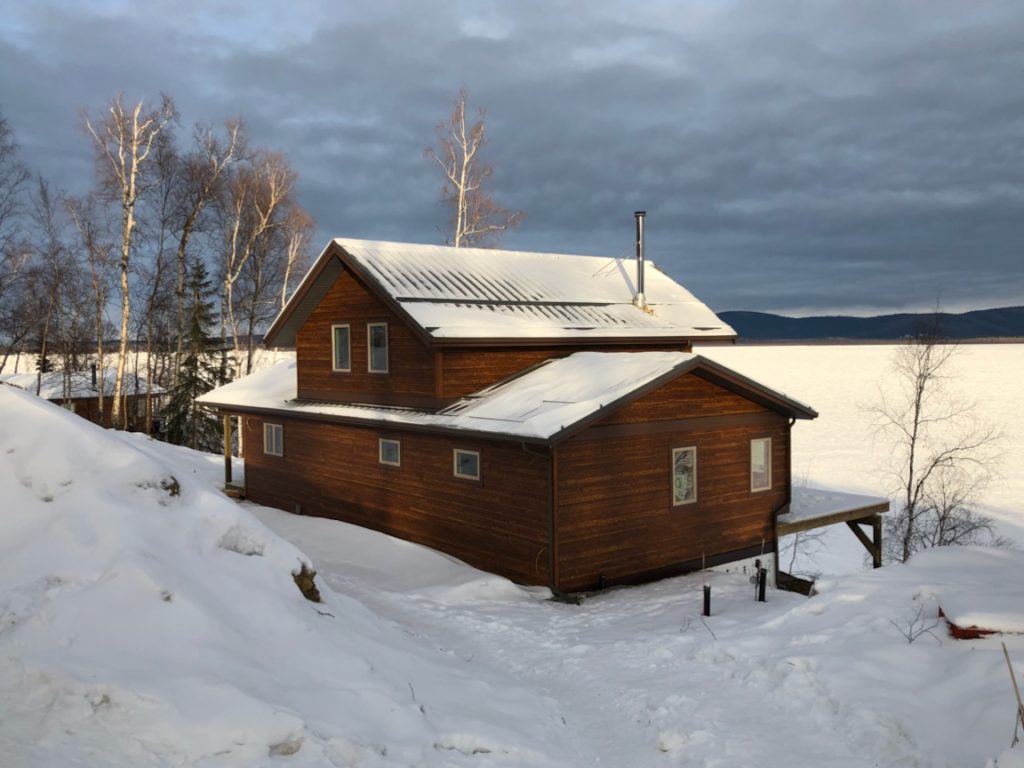 Structural insulated panels (SIPs) are high-performance building panels used in floors, walls, and roofs for residential and light commercial buildings. The panels are made by sandwiching a core of rigid foam plastic insulation between two structural facings, such as oriented strand board (OSB). SIPs are engineered by SIP panel specific engineers, are manufactured under factory controlled conditions and can be customized. The result is a building system that is strong and energy-efficient and when compared to traditionally constructed walls.

SIPs vs The Pacific SmartWall® 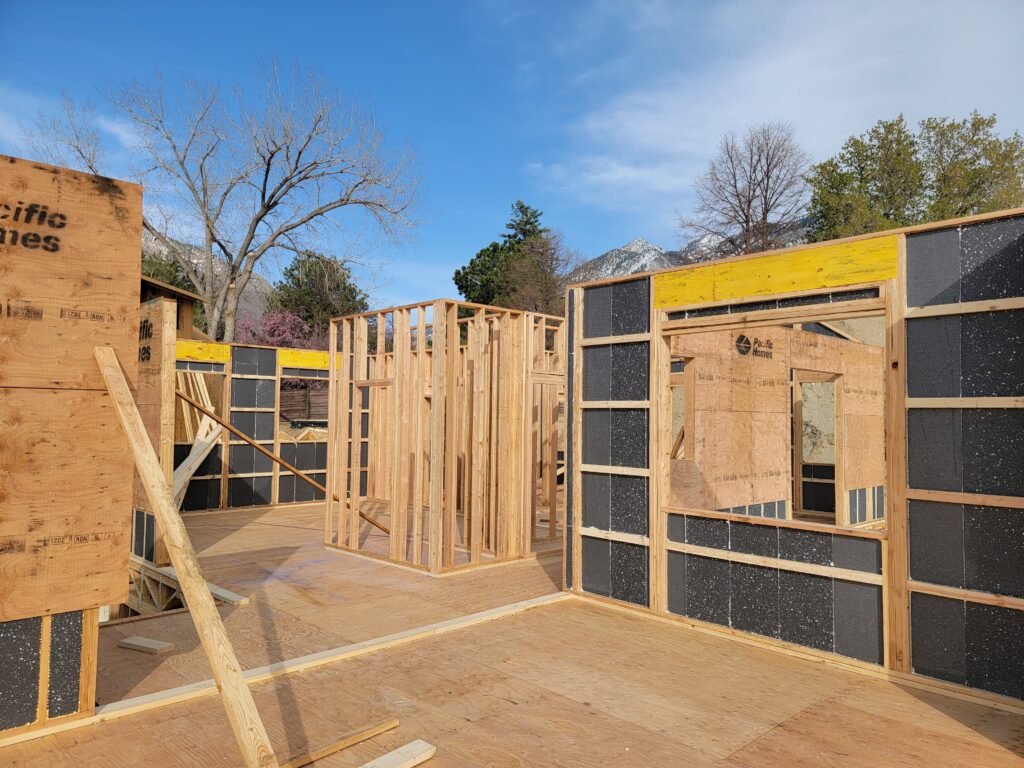 Despite having many similarities, there are also a number of key differences between SIPs and The Pacific SmartWall®. The most significant difference is that a SIP panel is OSB (oriented strip board) glued to EPS (Expanded Polystyrene) insulation. In contrast, the exterior layer of a Pacific SmartWall® is made with fir plywood which is superior to OSB for structural integrity and seismic design. Another distinction is that when constructing with SIPs, one has to cut holes into the OSB and wall to try and chase wires. Our SmartWalls are constructed much like conventional construction but use the EPS insulation with the inside face open, creating a service cavity on the inside of the wall. This allows you to run any wiring you may need to put in the walls, making the wiring and plumbing much simpler.

Another important distinction is that The Pacific SmartWall® has studs in the wall, much like a traditional wall. These studs allow the homeowner to make future modifications to the wall panels, such as moving a door or adding a window. The lack of traditional studs in SIP walls limit these future modifications options. These studs also make it much easier to install interior hardware, such as towel bars or mirrors, as well as exterior fixtures like lights and hose bibbs.

Unlike when building a home using SIPs, a SIP panel specific engineer is not required to design the home seismically when working with Pacific Homes. Any engineer can design the home when building with Pacific SmartWalls® and we will ensure all seismic and other requirements are met. This allows for greater flexibility in the design of your home. Pacific SmartWall® panels can be used for all custom designs. Whether you have your own design, would like to use one of ours or want to work together with our design team, we can create your dream home together.

Our plans our yours, we build them all!

Join our newsletter and stay up-to-date with the latest industry innovations and what’s new at Pacific Homes.