What To Look For When Buying LEDs 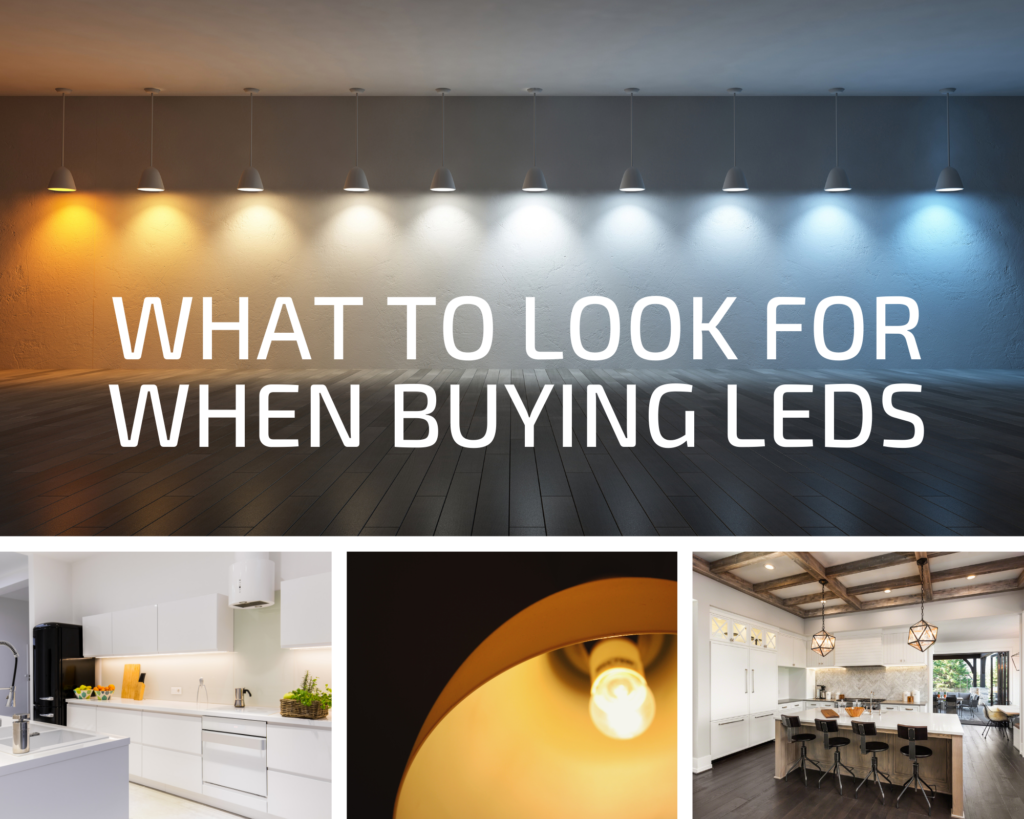 WHAT TO LOOK FOR WHEN BUYING LEDs

Remember when a 60-watt incandescent light bulb was all you needed to light the
room? Today, with the new LED lightbulbs there are many new terms such as Lumens,
Kelvin Temperature and Color Rendering Index (CRI). Let’s take a deeper look at these
terms and how to narrow the window of the overwhelming options when selecting the
best LEDs for your home. 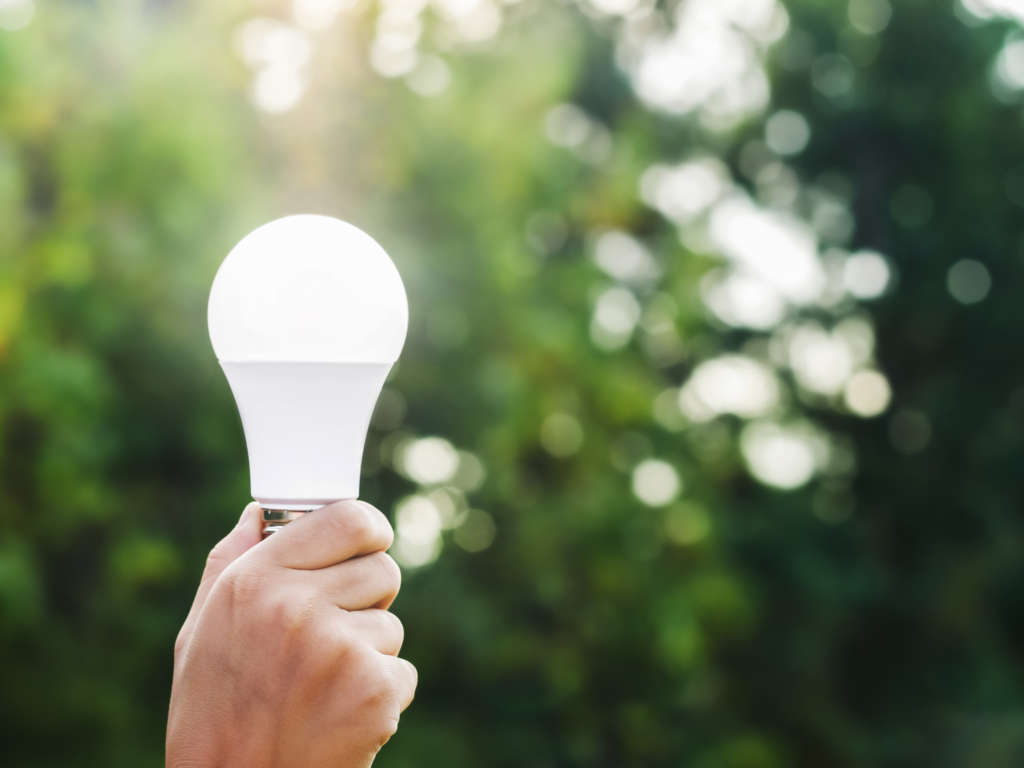 LED is the abbreviation for Light Emitting Diode, which is a light source that is 90% more
efficient than a traditional incandescent light bulb. How it works is an electrical current
passes through a mini microchip that requires a 12v driver which then emits visible light.
You might remember some of the first LEDs that are in the end of your tv remote
indicating on or off. Now LEDs have more power and the ability to light a whole home. 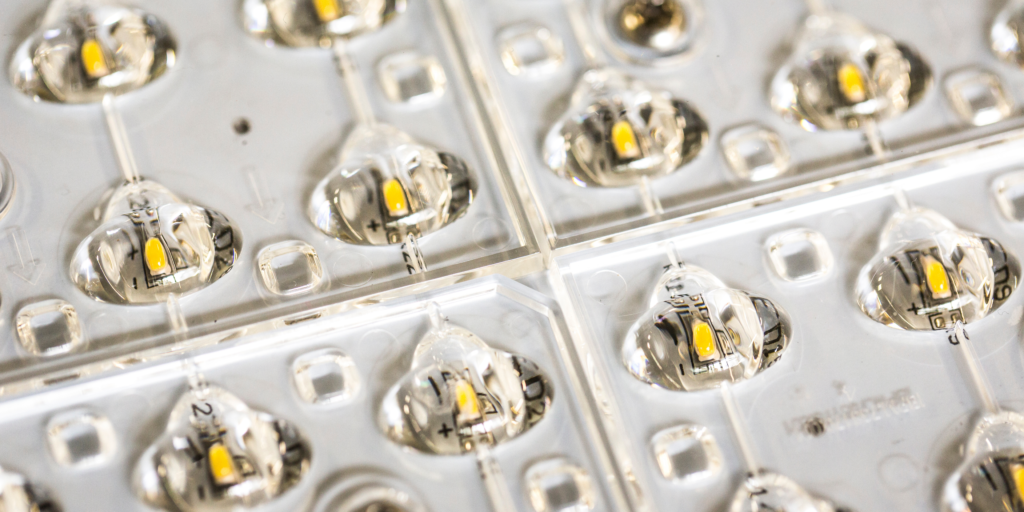 The term ‘Lumens’ is the measure of brightness that is illuminated by the source.
Lumens is the new watts so let’s start by understanding the difference between lumens
vs. watts. The term ‘watts’ represent the energy consumption that is produced by a
source which emits more heat than light. As a result, lumens will give you a more
accurate gauge of how much light is produced by a light source rather than using ‘watts.’
For example, the old 60-watt light bulb measures at 800 lumens and an LED light bulb
labelled as 13-watts produces between 1000-1300 lumens. Making the LED a much
brighter and more energy-efficient source to operate with longer life span benefits. 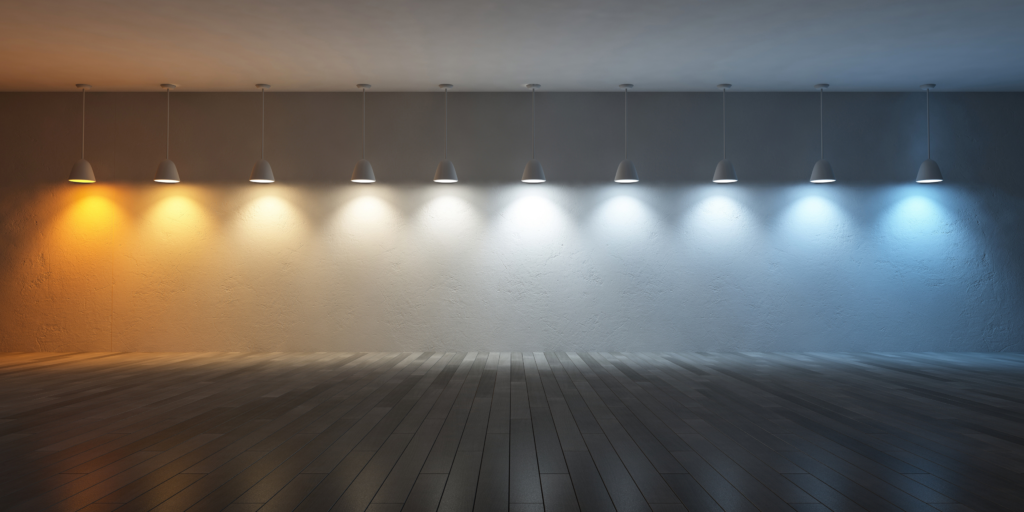 Kelvin temperature is the warmth or coolness of a light source also known as colour
temperature. A traditional 60 watt light bulb measure is 2700 kelvins (2700k), which is a
warm yellowish colour, 5000k is equal to the blue sky at the peak of the afternoon. A
common misconception is that daylight measuring at 5000k is the best for homes but is
actually a cooler blue that can feel clinical and harsh. When selecting an LED source for
your home it is most common to use 2700k for a relaxing space like the bedroom and
3000k for a productive space such as a kitchen. 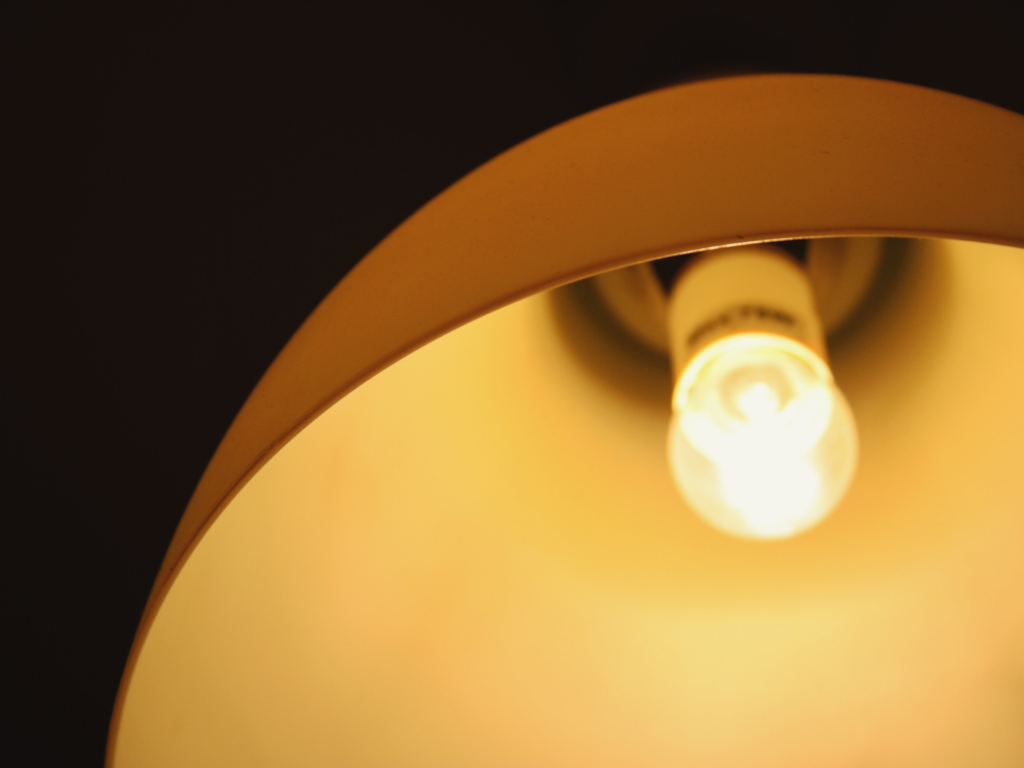 CRI is the measure of how well a source renders the colour of an object. The index is
measured from 0-100, with a perfect 100 being the truest to natural daylight. When
choosing LED’s for the home, it is ideal to ensure you have 90 CRI or higher for the
best possible outcome. As a result, you will experience the most vibrant colours in
your artwork, interior finishes, and even a flattering glow to your skin tone allowing
you to look and feel the best in your home. 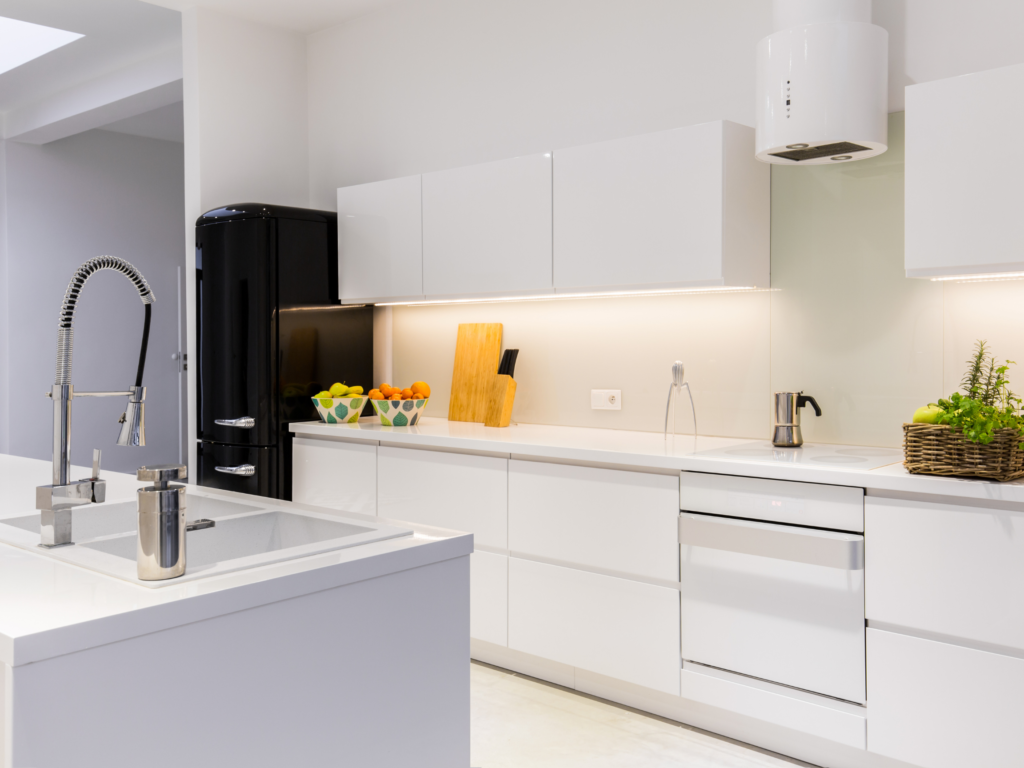 BRINGING IT ALL TOGETHER

You can now see how important it is to understand the terminology behind LED bulbs. It
allows you to determine the amount of light using lumens, select the warmth or
coolness using kelvin temperature and the measure of color rendering of an object
using CRI. By making the proper selections from the start, you will have long-lasting
products, correct light output and reduce product waste in our landfills, giving you a
long term desirable outcome for years to come.

To get in contact with one of our build specialists, fill out our form below: